DHBs drop the ball on closing the gender pay gap

The Association of Salaried Medical Specialists Toi Mata Hauora says International Women’s Day should make DHBs sit up and think about their failure to address the gender pay gap in the specialist workforce and fixing it must become a priority for Health NZ.

“On International Women’s Day, we want to celebrate the achievements and work of our senior women doctors and dentists, but also reflect on the continuing injustice of the gender pay gap,” says ASMS Executive Director Sarah Dalton.

“We continue to pick up cases where equally qualified women are placed on a lower salary step than their male colleagues. This creates career-long disadvantage.”

The Equal Pay Act has been in place since 1972 and DHBs have a legal obligation to ensure equal pay.

“DHBs have dropped the ball around meeting this obligation and have cited privacy rules as an excuse not to take action.”

“It should not be up to individual doctors to find out if their pay and conditions are unequal and remedy the problem. It is not their responsibility.

“It is frustrating that in 2022 this remains an issue which DHBs continue to ignore, along with their inflexible approach to part-time work, which disproportionately affects women,” Sarah Dalton says.

On July 1, Health NZ will take over as the employer of the public health workforce and the interim body has repeatedly said that workforce will be a priority.

ASMS welcomes MP Camilla Belich’s proposed members’ bill which would seek to amend the Employment Relations Act 2000 to allow employees to disclose their remuneration which would further change the legislative context against gender-based pay discrimination. 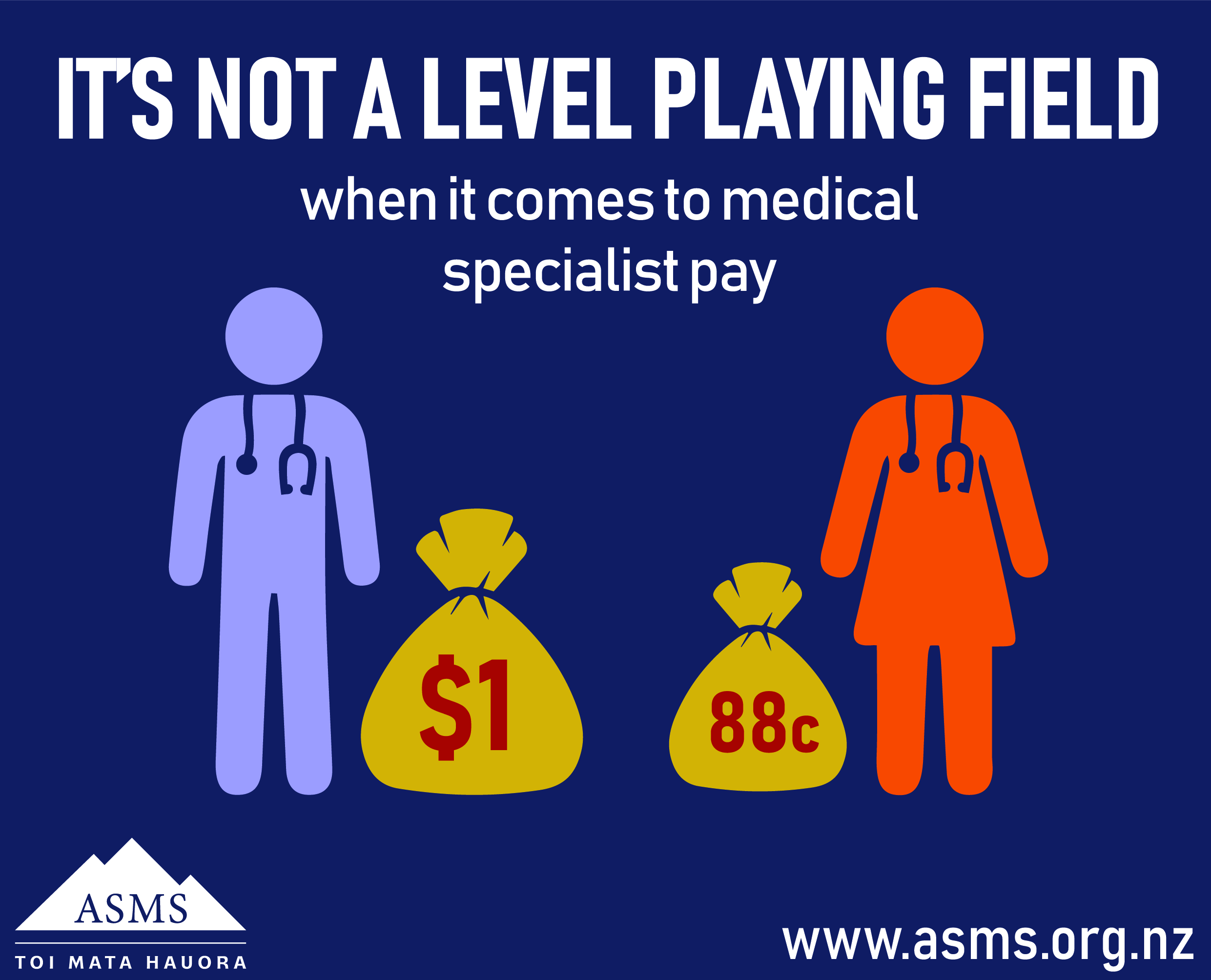